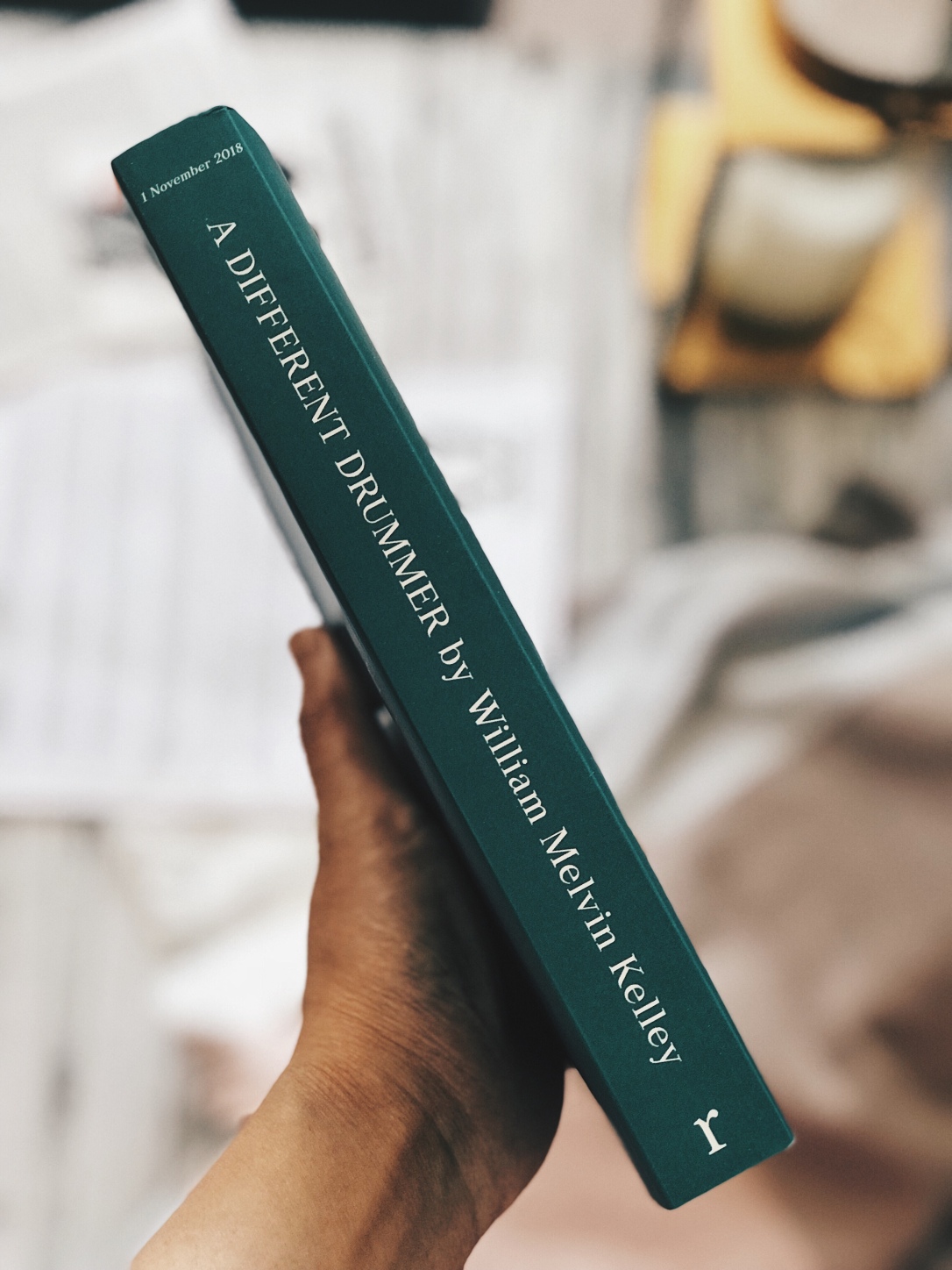 First published over 50 years ago, Riverrun has acquired the right to republish A Different Drummer by William Melvin Kelley on 1st November so more people can get to know how brilliant Kelley is, and more people can rediscover this remarkable classic of African-American literature. New Yorker called Kelley “The Lost Giant of American Literature” and after reading this book, I wholeheartedly agree.

June, 1957. One afternoon, in the backwater town of Sutton, a young black farmer by the name of Tucker Caliban matter-of-factly throws salt on his field, shoots his horse and livestock, sets fire to his house and departs the southern state. And thereafter, the entire African-American population leave with him.

The reaction that follows is told across a dozen chapters, each from the perspective of a different white townsperson. These are boys, girls, men and women; either liberal or conservative, bigoted or sympathetic – yet all of whom are grappling with this spontaneous, collective rejection of subordination.

My Review – all the stars in the world!

Wow, I am very shaken by this ending, like totally not what I expected when I started this book a few days ago.

Let me just start by saying A Different Drummer by William Melvin Kelley is one of the best books I have ever read and it is no doubt on my top read list of 2018.

This is a fictional story set in 1950 Southern America where a young black farmer in a small town one day salted his own land, killed his own farm animals, set fire to his own house and left the town with his families without a single word to anyone. Shortly after this, the entire African – American population left this town in the following days. This book centers around the perspective of a few white characters/outsiders’ reactions to this event: woman and man, old and young, child and grow up, past and present. This story telling is so unique that I was captivated from page 1!

This book is provocative, reckoning, reflecting and awakening. I feel like I was watching a movie being played right in front of my eyes. The scene was set perfectly and the reader and the audience could not help but got sucked in the story quickly and deeply. I was ashamed by some of the dialogues happened between the characters, I was shaken by the events at the end and most of all I was sadden by the fact that even after 50 years since the book was first published, we are still facing the same and similar racial problem at present time.

This book is an important book for everyone to read. I now fully understand why New Yorker called Kelley “The Lost Giant of American Literature”; I still cannot believe this book was Kelley’s debut novel and he wrote this when he was 24 years old and got it published in 1967. Can you imagine to have such strong passion, faith and belief in something to be able to write such remarkable book at such young age? Seriously, you all need to read this book so you can experience what I just experienced, a taste of great literature.

Thank you so much Ana and Quercus books for sending me this proof copy of the republished edition. I cannot believe I haven’t heard of Kelley until now. A truly truly remarkable book!